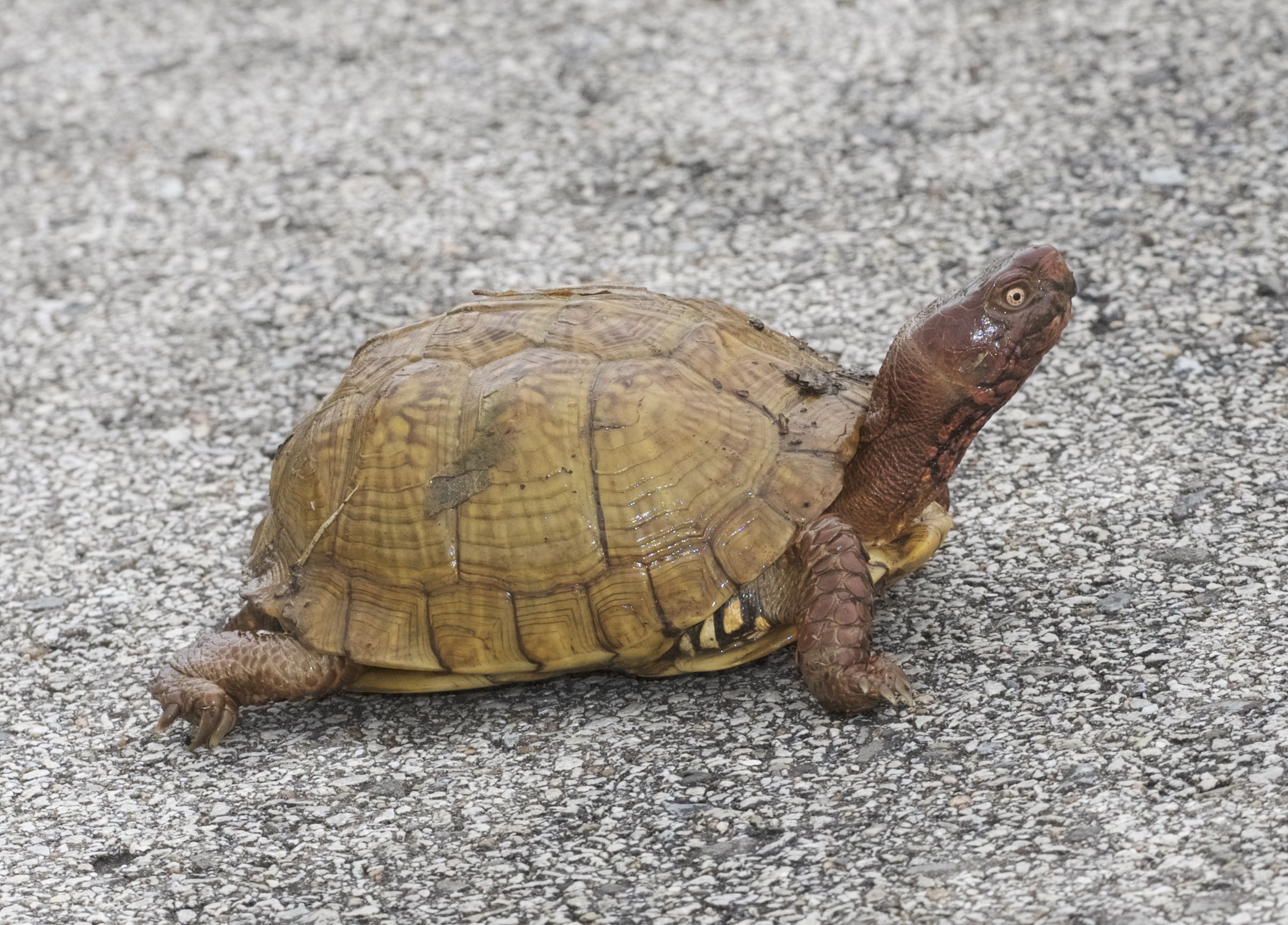 Woke up this morning to discover that the weather gods were even angrier. Thick gray clouds and drizzle. So, not much happened.

I did get to drive through Tightwad, Missouri for the umpteenth time. Unfortunately, I used most of my allocation of Tightwad jokes in the article in the winter 2018 issue of American Butterflies, so I’m not giving up any of the rest of the jokes until I die.

Toward mid day, the sky brightened slightly – still no sun – so I traveled to Shawnee Bend State Park where a three-toed box turtle was sauntering across the road. I briefly debated the ethics of shipping it to Asia to defray the costs of the trips, but then decided to move it to the side of the road. Once at the park, I took a walk down the Shawnee Bend Bluff Trail.