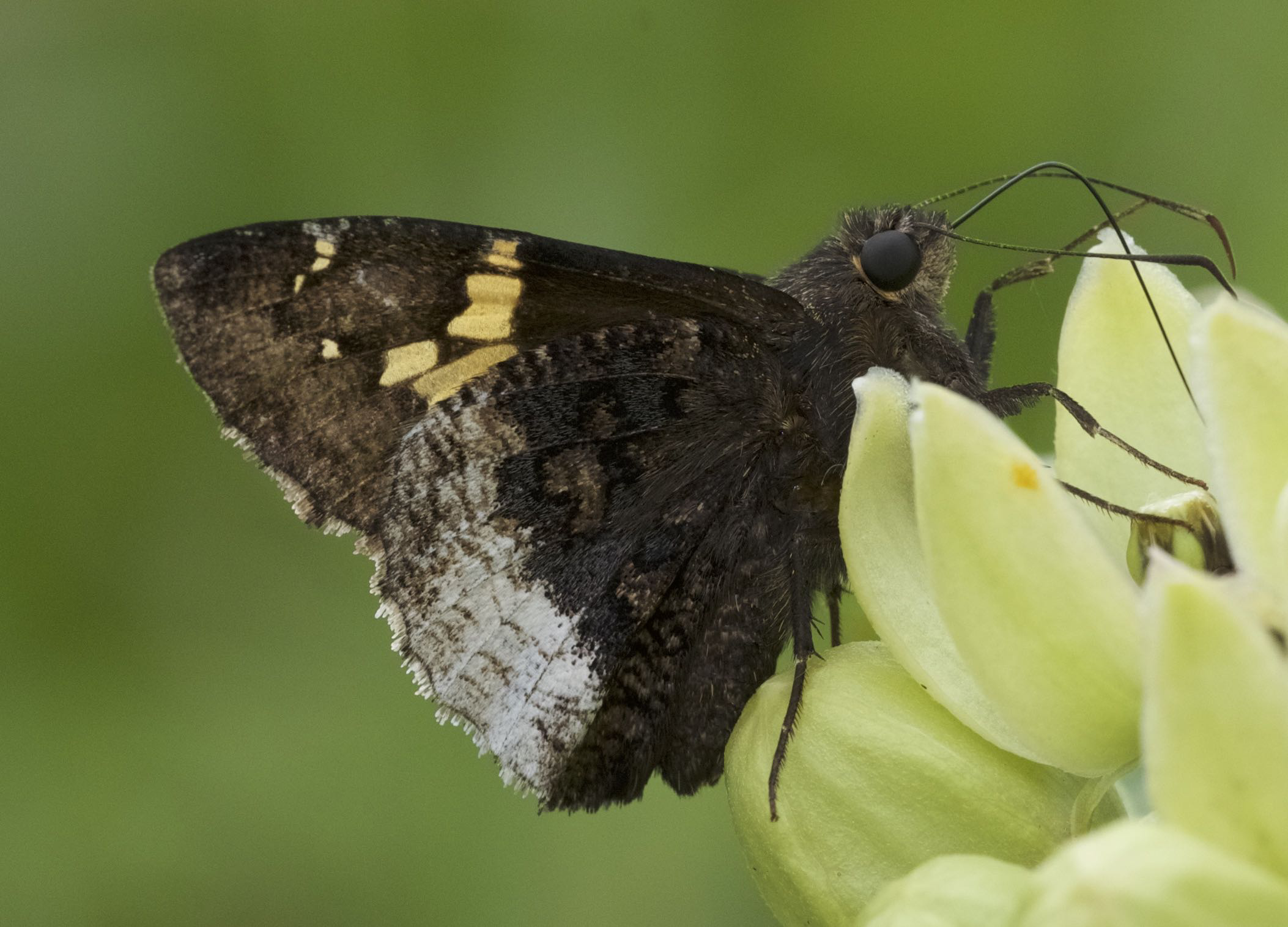 (We rejoin NABA’s Dr. Jeffrey Glassberg as he searches America for rare butterflies to photograph. Above image is of a Hoary Edge. – Ed)

Here we go again, I’m off to Oklahoma trying to find and photograph an Outis Skipper.  Those of you following this journey may remember that I tried for Outis last year, outside Dallas Texas.  That didn’t turn out well as not only didn’t I find any Outis Skippers, but I was also in the worst car wreck of my life, with three cars totaled.  Now, I’m trying again.

My plane, scheduled to leave Newark at 9 pm, was again delayed. The explanation that United gave for the 2 ½ hour delay was that high winds at Newark were causing incoming flight delays, including of the aircraft for my flight.  Since I was at Newark, and there were no high winds, this explanation seemed dubious. May I suggest that you don’t fly late in the day?

I did eventually land in Oklahoma City, found a car, found my hotel and was asleep by around 3 am.

Earlier in the week, I had been in touch with Bryan Reynolds, a retired air force lab technician who now was seriously into butterfly photography.  As it turns out, in the past, on a few occasions he had seen Outis Skippers quite close to his house, in the Lexington Wildlife Management Area, in Cleveland County, Oklahoma.  After we got in touch, he went out that afternoon and saw one!  Looking good.

The weather for Saturday, May 11 did not look good, but we agreed to meet at his house at 9:45 am.  The weather was good – if one considers 55 degree temperature and completely overcast sky to be good.  None-the-less, we drove into Lexington WMA and walked a likely road.  Almost immediately we saw a Red-spotted Purple.  Unfortunately, most butterflies had gotten the weather report and stayed home.  The wildflowers proved to be a worthwhile distraction. There were yuccas, evening primroses, wine-cups, and plentiful Green Milkweed. Finally, around 3 pm, the sun came out.  Immediately, cloudywings started flying to the Green Milkweed.  In short order we saw Northern, Southern and Confused Cloudywings, along with Hoary Edges and a few other species. Then, the sun went away.

Around 4:30 pm the sun again appeared and, searching near a few acacias, a small dark skipper looped twice around the trail – we were sure that this was an Outis! And then, the Outis Skipper flew outta sight.  Outta sight, but not out mind.  We’ll try again tomorrow.