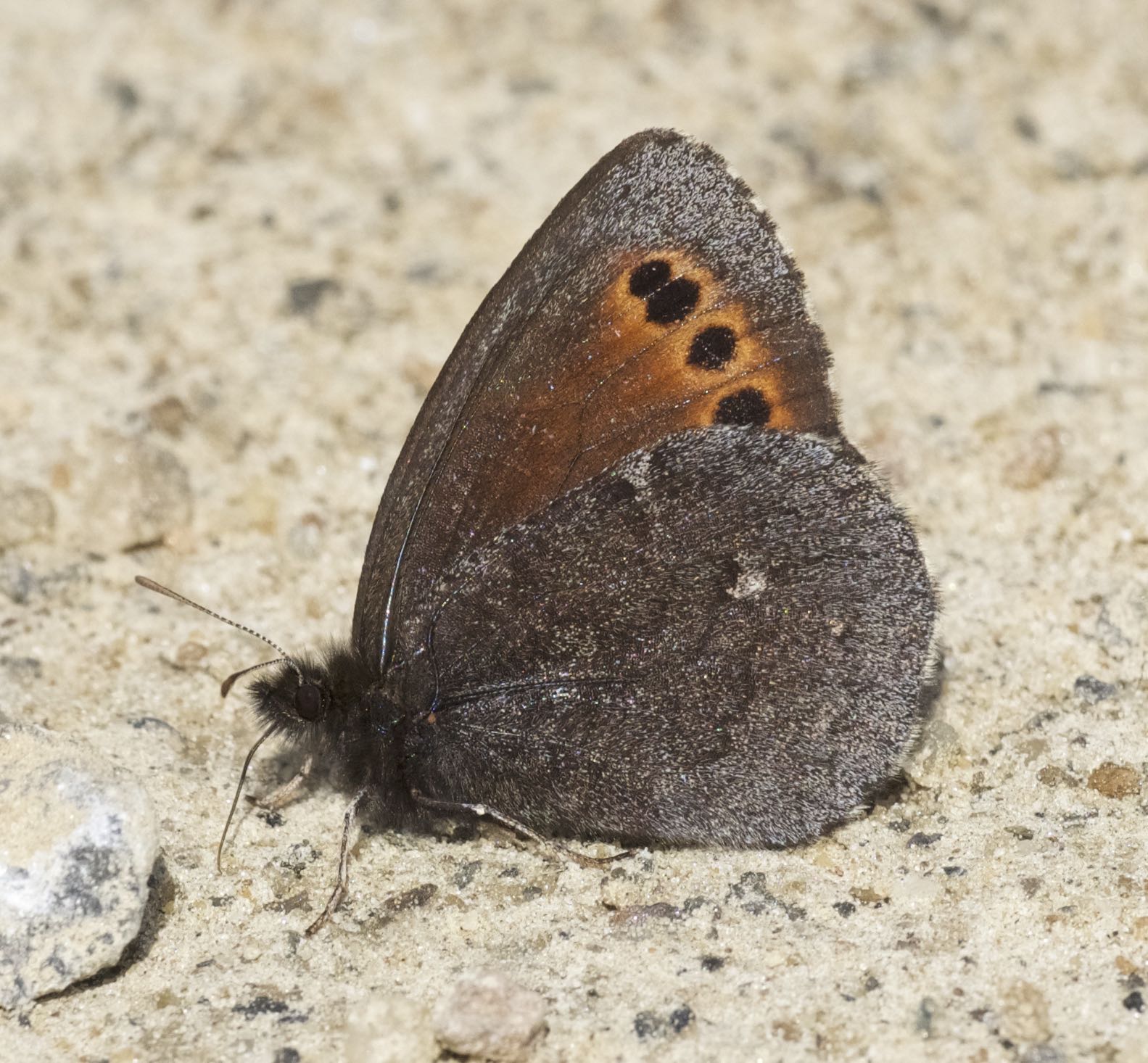 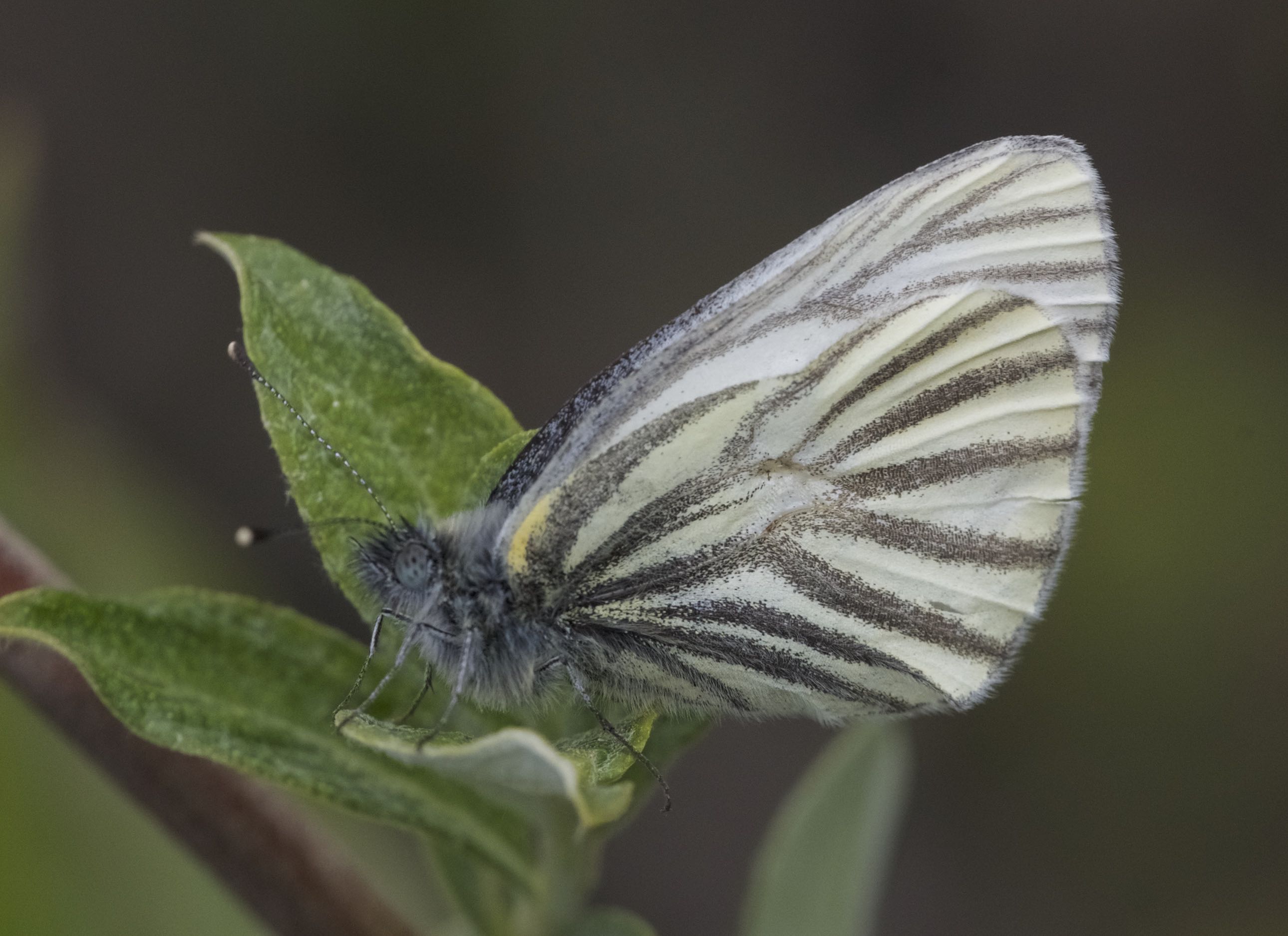 (Jeff continues looking for the Early Skipper in the environs of Fairbanks. Pictured above is a female Palaeno Sulphur. – ed)

I wake up at 5:30 am. It looks like it’s going to be sunny this morning.  I reach the Sheep Creek Road bog at around 8:30 am.  The Common Alpines are already flying.  A female Palaeno Sulphur was nectaring at a dandelion look-alike.

Around 9 am I enter the bog, none too optimistic that I’m going to find any Early Arctics, since I didn’t see any yesterday.  As soon as I enter the bog, Jutta Arctics are all around.  They’re quite variable here.  Although most individuals have underside HWs much more contrastingly patterned than do individuals in populations throughout most of the rest of the range, some are fairly unicolorous.  When the Jutta Arctics take wing with their rather languid flight, the overall impression is one of darkness.  I end up counting 42 Juttas.

Taiga Alpines prove to be more common in the bog than I had realized yesterday, and I ended up getting some additional photos of the seven individuals that I saw.  Then, at around 9:45, a pale arctic flies in front of me and lands about 20 feet up in a spruce.  An Early Arctic! I grab a few distant, tough angle photos that are fairly useless except to document the sighting.  The butterfly itself, in addition to staying its distance, was old and worn.  Even so, the photographer, himself old and worn, was feeling elated!

Other butterflies in the bog included Canadian Tiger Swallowtails, Spring Azure, and one worn Bog Fritillary.  A few hours later, an arctic flew in and landed right beside me.  Startled, I turned quickly and frightened it, sending it off to a nearby spruce.  It was a second Early Arctic.  Although also worn and distant, I was able to get somewhat better (but still bad) photos of this individual.

Early in the afternoon, I drove to Murphy Dome. Although the temperature was 55 degrees, 10 degrees less than at Goldstream Bog, there were a few butterflies flying.  At a high spot, Old World Swallowtails were hilltopping.  Farther out in a moist tundra area, a few Polaris Fritillaries and Banded Alpines were flying.  I was able to snag some photos of a Polaris Fritillary and a lucky shot of the topside of a Banded Alpine in flight.  Driving back, just below the Dome, I braked the car as I saw an alpine landed on the side of the road.  It, and two others, proved to be Red-disked Alpines.  I had seen this species only one other day in my life, in Wisconsin, where, as some readers of American Butterflies may remember, I drove my car into the bog. This time, as with Banded Alpine, I was able to get a photo of the upperside of an individual in flight.

All in all, a pretty spectacular day.