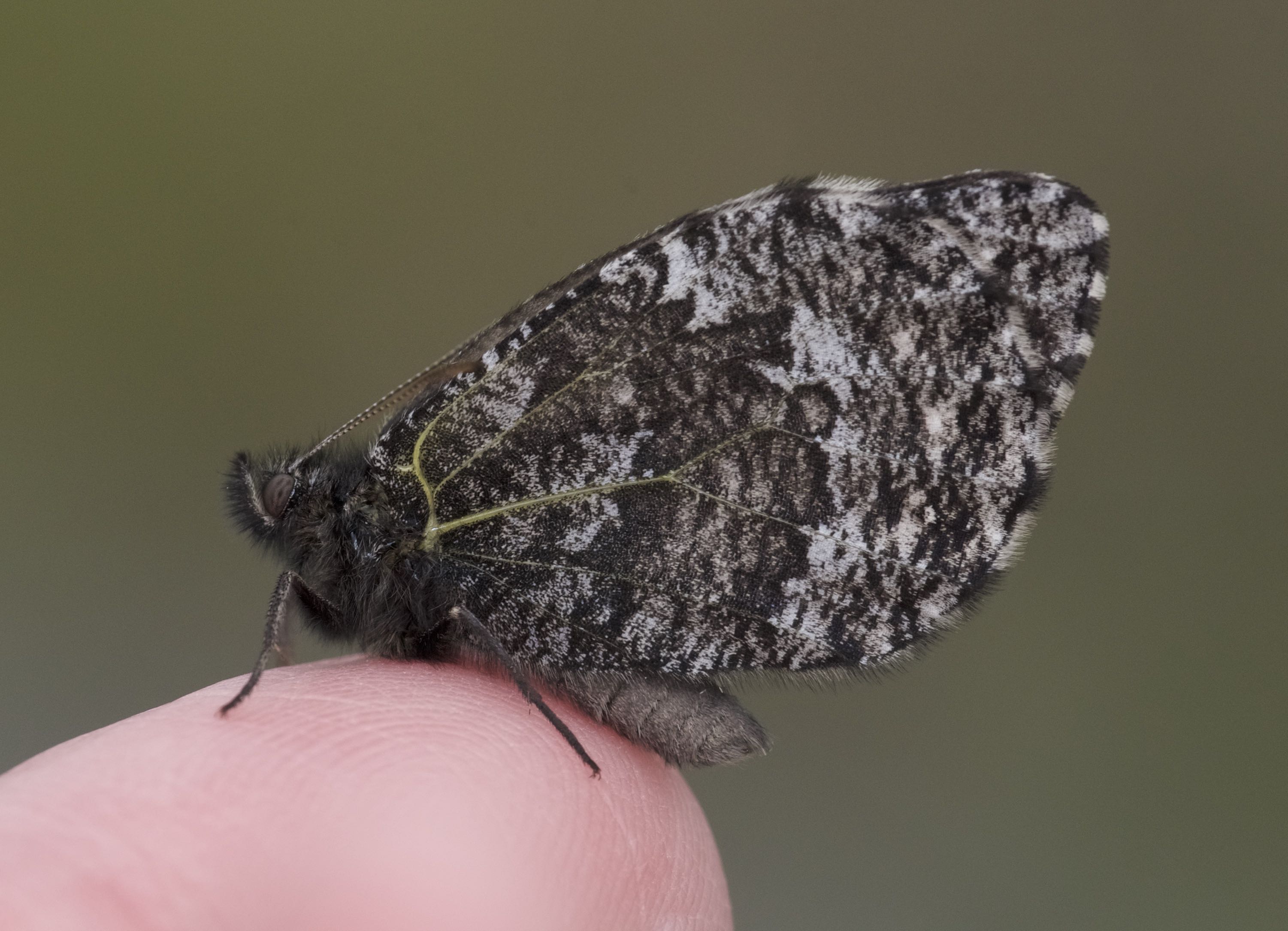 (Jeff is back in action, this time he’s headed to Alaska in search of its native butterflies! Pictured above is a Jutta Arctic on his finger. Enjoy! -ed)

I boarded my flight from Newark to Chicago, dreaming of Early Arctics, Taiga Alpines and Astarte Fritillaries, three species that Jim Springer and I didn’t see on our 2016 trip to Alaska (see the article in American Butterflies).  Taiga Alpines are commoner in odd-numbered years, while both Early Arctics and Astarte Fritillaries only fly in odd-numbered years.

After I boarded the flight to Fairbanks from Chicago, I was happy to see that we had wifi and Direct TV, because the NBA finals game between the Golden State Warriors and the Toronto Raptors was going to start at 9 pm EST.  However, both the wifi and the Direct TV disappeared when we hit the Canadian border, about 45 minutes into the six hour flight.  I wondered if this wasn’t because Toronto, the Canadian team, was ahead in the series. We made into Fairbanks a little early, and so I was able to see the last 8 minutes of the game.  Also, when we landed, at about 7 pm, it was sunny and 60 degrees out.  That was intoxicating! At 8 pm, I saw a Canadian Tiger Swallowtail flying by my hotel – that was strange.

Early morning on the 8th was cloudy and cool, about 54 degrees.  I waited till about 10 am to drive northwest of Fairbanks, to a bog at the intersection of Sheeps Creek Rd and Goldstream Rd.  I parked at a spot where there were a series of ponds, holding nesting Horned Grebes along with American Wigeons, Shovelers, Spotted Sandpipers and other birds.  Almost immediately, an alpine flew next to me and landed.  Although, it turned out to be a Common Alpine (I ended up seeing about 30 of these), and not the Taiga Alpine I was looking for, it did serve to get the three birders who were standing there interested in butterflies.

I walked around, it was still cool and cloudy, and eventually spotted a brown form on a plant about 40 ft. from me.  I thought it likely that it was just some dead plant material, but when I got my binoculars on it, it was clear that it was an arctic.  Very excited, I acted on the mantra “shoot first and ask questions later”, firing off a few photos as I moved closer, assuming that it was an Early Arctic.  Finally, I was right up on it and took a long series.  It had obviously just emerged. I put my finger in front of it and it climbed on.  Whether for the warmth or for the thrill of a circus ride, I can’t say. After a bit, I put it back on the plant and it briefly opened up its wings, showing that it was a male.  Quite elated, I finally had enough photos.  I walked back to my car, sat down and looked at the photos.  The butterfly was a beautiful Jutta Arctic, not an Early Arctic.  Although I was happy to have seen it, especially since I’d seen Jutta Arctics just a handful of times in my life, still, it wasn’t a lifer.

The sun came out and I found a trail into the bog.  Once within the bog, Jutta Arctics were everywhere.  I ended up counting 38 of them, although clearly there were many more in the bog.  They tended to fly quite low and usually landed within two or three feet of the ground, usually on a tree trunk. Eventually an alpine flew by and landed.  A quick look showed it to be the sought for Taiga Alpine, and I was able to grab a few not so great photos.  You are lucky that I’m not able to show you the little dance that I did!  Now that I had one of my three targets, I was unskunked, and life smelled a little sweeter. 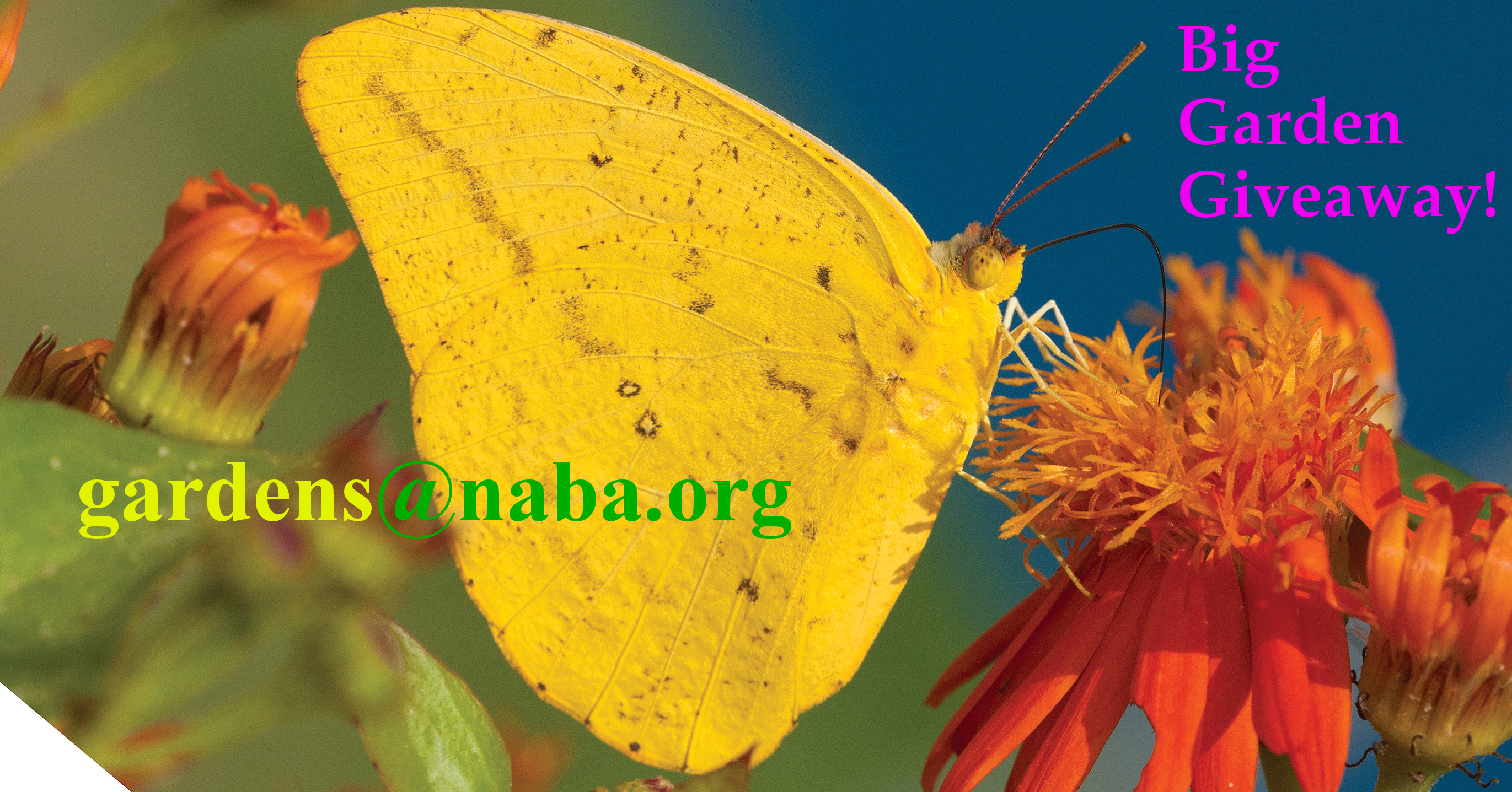 Don’t have a qualifying garden yet? Not to worry; the winner has up to one year to establish it! You can see the program requirements here: http://nababutterfly.com/butterfly-garden-certification-program/