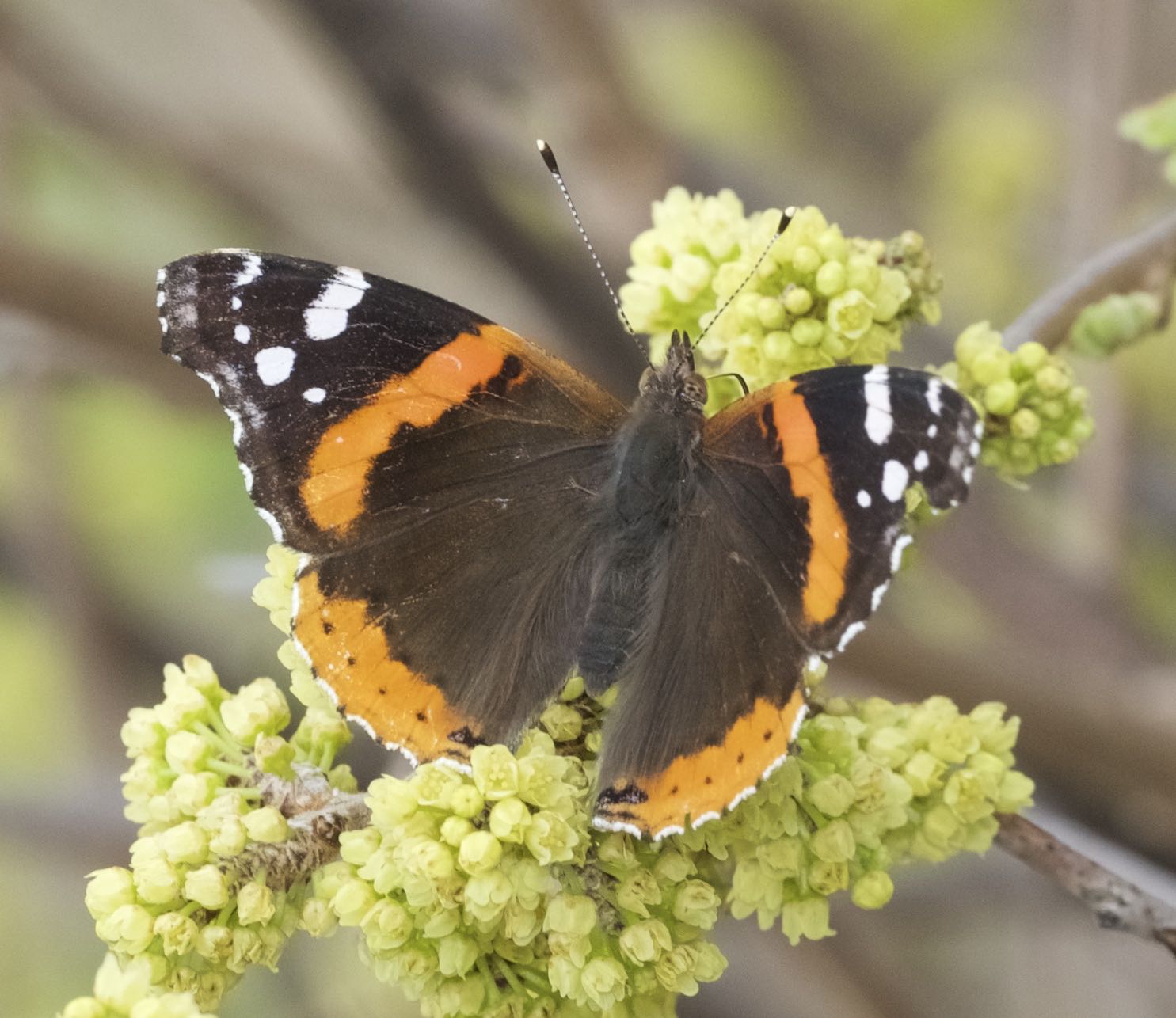 (Starting this week we’ll be following the adventures of NABA President Dr. Jeffrey Glassberg as he travels the US in search of butterflies! – Ed.)

Ready to start the year questing for butterfly species that I’m missing, on the night of Easter Sunday, I drove to Newark airport for my flight to Kansas City, Missouri to thrill to the dashing flight of an Ozark Swallowtail!

The small regional jet we were flying comes equipped with a device that pings the pilot when the plane gets over 10,000 ft. The device on this particular plane was overly enthusiastic and was pinging continually, even on the ground. Thus our flight was delayed, first for an attempt to repair the device, then to swap out the device.

I spoke with the pilot and offered to alert him when we reached 10,000 ft., but this obvious solution to the problem was rejected. When the pilot learned that it would take about 2 ½ hours to swap out the device, he initiated his own swap, calling in some heavy IOUs and moving us to another plane leaving from another gate, a hike away.

The new plane had been scheduled to fly to Jacksonville, Florida, in about an hour, but the poor Jacksonville folks were in for a long night, as they now were flying on our original plane. It was a schadenfreude moment without too much of a dark side.

Rolling into Kansas City an hour and a half late, I found a rental car with built in navigation, found my hotel by the airport, and was asleep by 1 am.

The next morning, I awoke slight-eyed and squishy-tailed to find the sky covered by gray matter. The weather reports had predicted bad weather all week, but given the inaccuracy of these predictions, I had ignored them. Now, I was learning that they are only right when they’re wrong (for me).

Still, I grabbed some breakfast, assembled my gear, and drove the 1 ½ hours from the Kansas City Airport to Harry S. Truman State Park. The sky was still completely gray, but it was warm, about 70 degrees.

I parked at the beginning of the Western Wallflower Trail and began hiking in through the section of woods. Almost immediately, 3 Juvenal’s Duskywings flew up. With young oaks coming up all over the place, this was a perfect area for females to lay their eggs.

Soon, I was in the more open section of the trail. Here, I was very happy to see blooming Rose Mock-Vervains and bright orange-yellow Hoary Puccoons, both because the plants are quite beautiful and because they are said to be some of the primary nectar sources for Ozark Swallowtails.